The Department of Slavic Languages and Literatures is pleased to announce the Vekich Scholarship, an award for students of the South Slavic language region. Vekich Scholars are named annually from among current UIUC students in the spring, following a simple essay competition. The scholarship will be in the form of a $1,000 scholarship (applied to the students' financial account).

For the academic year 2022‐2023, one to two Vekich Scholars will be named. Submissions to the Vekich Scholarship competition are now being accepted. The only requirement is that the recipient(s) must take one relevant course offered by the Slavic Department, preferably focused on the Bosnian-Croatian-Serbian language region, during the scholarship award period. Recipients must also pledge to serve as a good ambassador for the region and the University of Illinois.

Competition Guidelines: 1) an essay of 300-500 words explaining the applicant's interest in, and future educational commitment to, the Bosnian-Croatian-Serbian language region. The essay should address how the applicant’s study of the region’s culture, language, and history will contribute to their future educational or career goals. 2) UIUC transcripts. Please include a cover sheet that lists your contact information (name, campus and home address, and email address), and email your essay and transcripts to Prof. Peter Wright, pqwrigh2@illinois.edu The submission deadline is April 1, 2022.

The Scott K. Maltby Memorial Fund was established to support graduate students in Slavic Languages and Literatures at the University of Illinois. Annual awards are given to recognize students for their outstanding scholarly work and/or as valuable members of the cohort. We desire to recognize the characteristics that Scott exemplified as a beloved member of the Slavic program. Our intent is to recognize students that display leadership qualities, motivate others to succeed, are passionate about Slavic culture, and love learning.

What is the award amount?

Annual awards of $500-750 are given to at least two (2) graduate students at the end-of-year awards ceremony. Preference will be given to those wishing to stay in academia, as Scott had planned to do.

Students who are in their second year, or higher, of their masters and plan to continue on for their PhD in the Slavic Language & Literatures program.

How are award winners chosen?

An awards committee of at least two faculty members will determine which graduate students will receive the award.

Winners will be announced and awards will be given at the annual Slavic Awards ceremony. 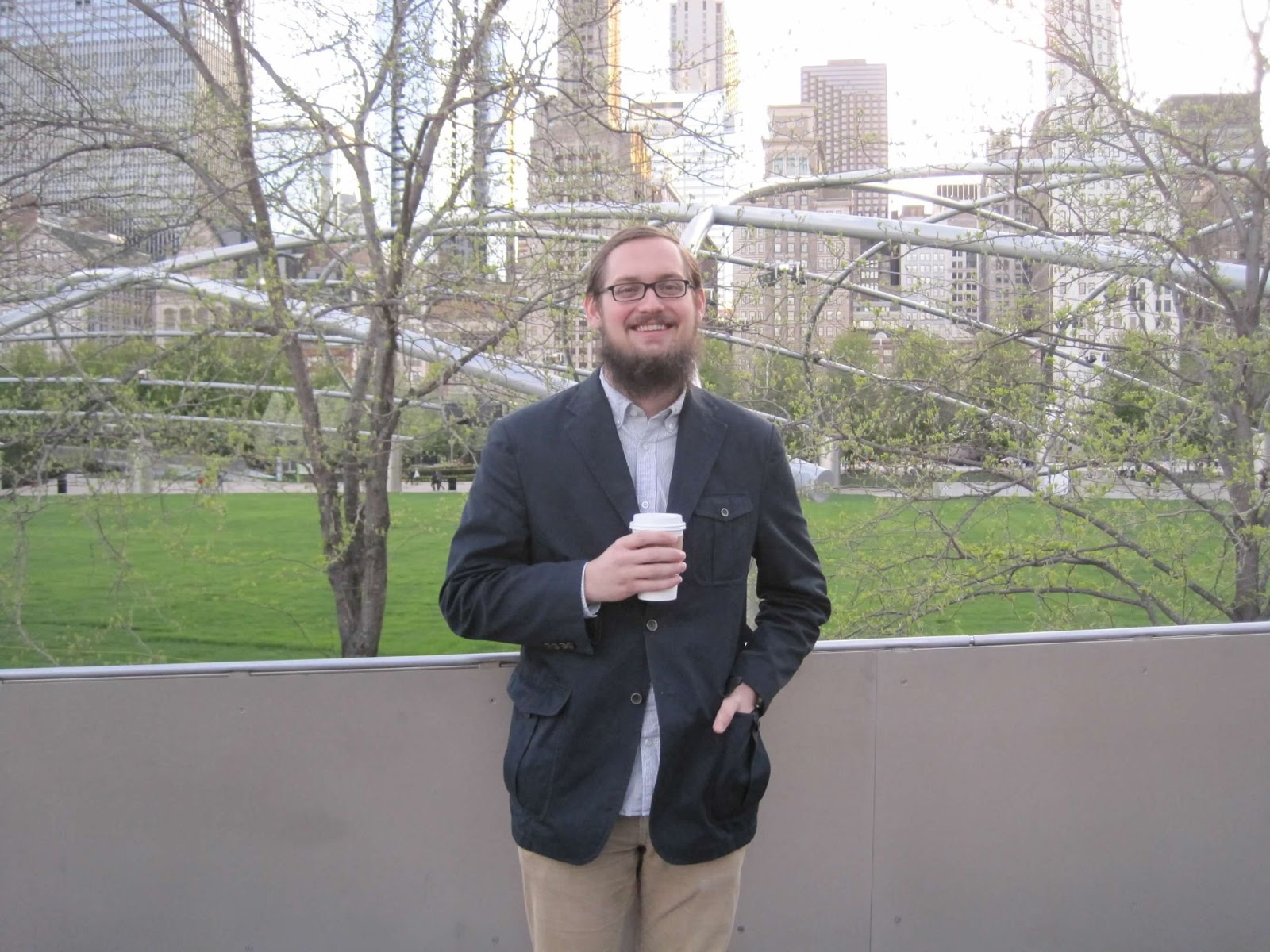 As a college freshman, Scott declared a major in Chemistry. One of the requirements was to include two years of a foreign language. Not wanting to study the typical Spanish, French, or German, Scott chose Russian. In May 2010, he studied abroad at Russian State University in Moscow and became fascinated with Russian culture. When he returned to the University of Florida, he promptly changed his major to Russian Studies.  Scott became passionate about Russia: its language, its culture, its food, and its literature. His favorite book was Tolstoy’s War and Peace. His senior thesis was titled “War and War: Understanding Tolstoy Through Two of his War Novels.”

Scott was thrilled to be accepted by the graduate program in Slavic Languages and Literatures at the University of Illinois. He arrived in 2013 with an impressive beard he began growing while writing his senior thesis. Scott loved his friends and professors. Scott’s classmates enjoyed studying with him because of his intelligence and excellent Russian. Scott’s professors admired his enthusiasm for learning and his attention to detail. Everyone loved Scott’s sense of humor and his positive outlook on life.

Scott intended to complete his PhD in Slavic Studies. He wanted to be a university professor. Scott was developing a research topic on beards and their presence in Russian literature. Scott had a thoughtful, perceptive, and patient approach to learning. His kindness and invariably cheerful attitude in virtually any kind of situation always fostered positive feelings among peers and mentors alike. Scott loved Russian, pursued it with both purpose and pleasure, and always with a contagious smile.  Tragically, in 2015, his life was cut short by a brain aneurysm a week shy of his 25th birthday.