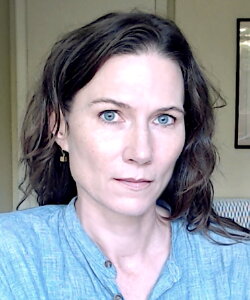 Dr. Romberg specializes in modern and contemporary art, with a particular focus on how media and design shape social and political forms, and the ways that diverse individuals find and create spaces within them. Her book Gan's Constructivism: Aesthetic Theory for an Embedded Modernism  (U. of California Press, 2018) re-examines Russian constructivism as a social materialism by exploring the work of one of the movement's founders, Aleksei Gan. Recent curatorial projects include contributions to Engineer, Agitator, Constructor: The Artist Reinvented (Museum of Modern Art, New York, 2020), Revoliutsiia! Demonstratsiia! Soviet Art Put to the Test  (Art Institute of Chicago, 2017) and Propositions on Revolution (Slogans for a Future) (Krannert Art Museum, 2017). Her articles have appeared in English, Russian, and French publications, including October, Artforum, Les Cahiers du Musée national d’art moderne, and the anthology Formy i struktury. Antologiia rossiiskogo modernizma (Forms and Structures: Anthology of Russian Modernism, 2014). In 2005, she was the curator, along with Richard Anderson, of the exhibition Architecture in Print: Design and Debate in the Soviet Union, 1919-1935 at Columbia University’s Wallach Art Gallery.

Professor Romberg’s research has been supported by the Center for Advanced Study in the Visual Arts, American Council of Teachers of Russian, the Harriman Institute, Center for the Study of Modern Art at the Phillips Collection, and George Washington University, and the Getty Research Institute. At UIUC, she is affiliated with the School of Art and Design, the Unit for Criticism and Interpretive Theory, Slavic Languages and Literatures, REEES, and the European Union Center.

View all publications on Illinois Experts